« Back to Media Hub home page 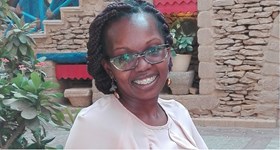 I watched fellow Kenyans go through party primary elections this past April in preparation for the August General elections. This is when political parties nominate one candidate to represent them prior to the actual elections. This occurs for the lowest administrative office right up to the presidential seat. I had never really paid attention to party primaries before, but I noticed them this time due to huge voter turn-out - one would think it was the general election. In Kenya’s history, this year’s elections will be the second ever under devolution, and perhaps the first where citizens actually understand what devolution really means. The huge party primary turn-out was probably because Kenyans are serious about whom they want (or don’t want) to represent them at county level. I believe this level of interest in politics front has implications for public service delivery, and specifically, health and nutrition services.