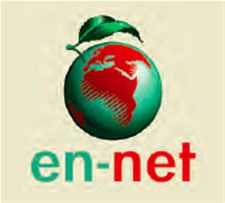 Over the past four months1, 32 questions have been posted on en-net, generating 69 responses. Two upcoming trainings have been advertised alongside 47 vacancy announcements.

Several related discussions have occupied en-net around new thinking on implementing Community-based Management of Acute Malnutrition (CMAM) programmes. Triggers for deciding when to start a CMAM programme have been debated, including whether the use of Global Acute Malnutrition (GAM) rates for this purpose remain relevant in the context of Severe Acute Malnutrition (SAM) treatment being integrated into health systems, http://www.en-net.org/question/1489.aspx; the contexts in which moderate acute malnutrition (MAM) and SAM treatment could be temporarily merged, particularly in terms of interchangeable use of products; as well as considerations of how to treat ‘complicated MAM’ and whether it constitutes its own category, have arisen. Finally, a request was posted for global guidelines, an algorithm or a decision tree to assist decision-making on when to conduct different types of assessments in emergencies (e.g. MIRA, SMART, SQUEAC, RAM) and how to choose the most suitable methodology according to context and information requirements, http://www.en-net.org/question/1495.aspx

During the latter half of 2014, a number of agencies2 came together to consider simplified and temporary measures to expand their access to malnourished children under exceptional circumstances during emergencies. A draft guidance note was formulated3 to summarise agency experiences using expanded admissions criteria in Outpatient Therapeutic Feeding Programmes (OTPs) to extend treatment to MAM when Targeted Supplementary Feeding Programs (TSFPs) or an adequate supply of Ready-to-Use Supplementary Food (RUSF) were not available. The draft guidance note includes multiple scenarios, including when TSFPs are available but OTPs are not and RUSF might be substituted for Ready-to-Use Therapeutic Food (RUTF) where the latter is not available, as well as providing a temporary option for treating acute malnutrition when there is neither an OTP or TSFP yet established. Examples from Niger, Pakistan and South Sudan are included. This draft guidance note was discussed at the Global Nutrition Cluster (GNC) meeting in Rome in September 2014, and at the ENN Technical Meeting on Nutrition in Oxford in October 2014. The authors and lead agencies welcome feedback and hope to encourage more inputs to the discussion at http://www.en-net.org/question/1493.aspx

A related discussion on whether children with MAM and medical complications should be treated as inpatients, in a similar manner to SAM children, or whether to treat them according to Integrated Management of Childhood Illness (IMCI) guidelines alongside provision of supplementary food, also resurfaced, http://www.en-net.org/question/1364.aspx. It is considered by many experts that the management of illnesses such as pneumonia or diarrhoea in a child with MAM should be no different from their management in any other child, while appropriate supplementary foods can continue to be provided. However, with increasing discussions around the appropriateness of a fixed demarcation between MAM and SAM and options for merging treatment of MAM and SAM, the distinction between treatment of medical conditions or complications as an inpatient or an outpatient depending on whether a child has severe or moderate acute malnutrition arises again for clarification in the guidance for those working in the field.

Discussions leading to formulation of guidance on ebola virus disease (EVD) and infant and young child feeding, as well as on nutritional support for both adults and children with EVD have been ongoing on en-net since August 2014. The infant feeding and ebola discussion has now been viewed 5,638 times with 68 replies and the nutrition guidance discussion 1,521 times, with 21 replies. Both topics featured in a lunchtime session at the ENN technical nutrition meeting in Oxford in October 2014. The discussions have led to/informed fast track guidance development with ongoing feedback from practitioners sought. The infant feeding challenges have also led to calls for more experiences, data and research and brokered by the ENN, prompted collaboration between CDC Atlanta and a number of operational agencies to undertake field research to answer the most critical questions. More details on both ongoing initiatives are summarised below. Both experiences are good examples of how en-net can link practitioners to policy-makers, catalyse guidance development, and support its dissemination to those who need it.

Prompted by the question and subsequent discussion posted on en-net, interim guidance on infant feeding in the context of ebola was rapidly developed by UNICEF, WHO, CDC and ENN through informal consultations involving UNICEF technical advisors at HQ, regional & country levels; WHO Infant and Young Child Feeding and Ebola specialists; CDC Atlanta; Ministry of Health and Social Welfare Liberia and in-country staff working as part of the Ebola response. The latest guidance is available at: http://www.ennonline.net/infantfeedinginthecontextofebola2014

The en-net discussion remains open at http://www.en-net.org/question/1445.aspx and we welcome feedback to inform a future update; the next version will be integrated into the UN key recommendations on nutrition support in ebola (outlined below).

There remain critical gaps in the evidence base to inform policy guidance on infant feeding in the context of EVD. Programming staff report there is little time and opportunity to ‘conduct research’ in the current Ebola response. However observational data by programmers is needed to understand what is happening to infants and young children and inform guidance. To date, programming questions and experiences have prompted fast tracked interim policy guidance that will continue to be updated quickly. A presentation on the infant feeding and EVD guidance and the critical research gaps (see also Box 1) is available at: http://www.coregroup.org/resources/webinars/475-ebolaandnutrition

If you are interested in collaborating on research or harmonising/sharing programme data, please contact: Marie McGrath, ENN, marie@ennonline.net

A ‘working’ guidance note on nutrition support and ebola virus disease (EVD) proposed by an independent consultant and posted on en-net has been fast-tracked by WHO, UNICEF and WFP and having undergone further development and peer review, is now available at: http://www.who.int/nutrition/publications/guidelines/nutritionalcare_with_ebolavirus/en/

The ‘Nutritional care of children and adults with EVD in treatment centres - Key recommendations’ also applies to community care centres (CCCs) or to other centres where Ebola patients are receiving care and support. The aim is to act as a quick reference to front line healthcare workers involved in nutritional care of EVD patients, particularly in low- and middle-income countries facing this Ebola crisis. These key recommendations lay out some basic principles of optimal nutritional care for patients with EVD. The application of the recommendations provided may vary with the context and capacity of treatment units.

It will be updated in 6 months’ time informed by further research and input from technical and operational experts.  Experiences implementing the guidance are sought by UNICEF and WHO to inform the update.

Key areas where information is sought in particular are:

Box 1: Infant feeding in the context of EVD - information required to build the evidence

a) Number of breastfeeding mothers suspected and confirmed with EVD

b) Number of breastfeeding mothers who survived

b) Feeding practice of breastfed infants, after admission of the mother, disaggregated by age or age group

c) Information about who takes care of the infants/young children after separation from the mother, disaggregated by age or age group

d) EVD status of the breastfed infants, disaggregated by age or age group

3. Breastfeeding mothers with EVD who recovered

en-net: What should be the nutritional support to adult patients with Ebola Virus Disease (EVD) in treatment centres in West Africa?

Dear experts, I would appreciate your help in this. I drafted the following text but you might have ideas and other suggestions. Please help me on this one... This question...

Dear ENN, If there is one thing that we have learnt from the current Ebola virus disease (EVD) outbreak it is that regardless of infection status, Ebola comes bringing bad...

Posted on behalf of Fabienne Rousseau, ACF I have a question related to infant feeding in the context of the Ebola outbreak in West Africa. Our teams are engaged...

FEX: A review of technical discussion on en-net: Recurring questions and gaps experienced by programmers

Research snapshot1 Over 2,800 cases of Ebola virus disease (EVD) have been confirmed in the ongoing outbreak in the Democratic Republic of Congo (DRC); most cases are adults...

Research snapshot1 The authors commend Mija Ververs and Akanksha Arya2 for highlighting an urgent need for evidence-based breastfeeding guidance in the context of Ebola virus...

Guidance on Infant Feeding in the context of Ebola

Updated guidance by UNICEF, WHO and others on infant feeding/ breastfeeding in the context of the Ebola outbreak now available. CDC have also produced guidance. Participate in...

FEX: Guidelines for the management of pregnant and breastfeeding women in the context of Ebola virus disease

The Democratic Republic of Congo (DRC) is currently experiencing the second largest Ebola outbreak in history, following a 2014-2016 outbreak in western Africa that had an...

By Tamsin Walters, en-net moderator Over the past three months, 37 questions have been posted on en-net, generating 59 responses. The forum areas for Prevention and management...

FEX: Experiences of the Sustainable Nutrition and Agriculture Promotion (SNAP) programme in the Ebola response in Sierra Leone

Resource: Infant feeding in the context of ebola

This guidance guidance document on infant feeding in the context of Ebola was produced through informal consultation involving UNICEF technical advisors at HQ, regional &...

Is it safe (and/or what are the risks) to give micronutrient powders to children (6-23 months) in a country where endemic rates of sickle cell anaemia are very high...

en-net: How to treat SAM patients with CHD or renal diseases?

This question came in to the en-net postbag from Ahmed Salih: I am pediatrician & worked responsible on nutritional rehabilitation ward & l 'd like to ask whether those...

en-net: What is the most appropriate nutritional support that can be provided for patients with ebola virus disease to promote recovery?

Dear all, This question has been posted in the management of MAM forum area by Mija Ververs who is leading a consultative process to agree on the best approach to provide...

en-net: Question to those working on Ebola in charge of feeding patients

Dear colleagues.
In 2014, WHO launched interim guidelines on Nutritional care of children and adults with Ebola Virus Disease. I would like to know whether...