Scott Logue has been the Assessment Advisor with the Technical Rapid Response Team (Tech RRT) since the project started in the autumn of 2015. He has a Masters degree in Applied Human Nutrition and has acquired extensive assessment experience over the past five years working in various emergency and development contexts.

The findings, interpretations and conclusions in this article are those of the authors and do not necessarily represent the views of USAID/OFDA, UNICEF or others.

To date there have been two Tech RRT assessment-related deployments in South Sudan, in the first half of 2016, both requested by Action Against Hunger with Nutrition Information Working Group (NIWG) endorsement. These were among the Tech RRT’s first deployments. The main objective of the first deployment was to provide technical and coordination oversight to the NIWG, a sub-group of the Nutrition Cluster. The primary objective of the second deployment was to oversee the implementation of two nutrition surveys and to continue to provide support to the NIWG.

The key deliverables for both deployments included:

South Sudan is the only country that the Tech RRT assessment adviser has been deployed to twice. One benefit of a follow-up deployment was to see whether capacity-building activities introduced in the first deployment were being implemented; this visit confirmed that the validation tools and procedures introduced to the NIWG were being used.

Several challenges were encountered during the South Sudan deployments, which were at the beginning of the Tech RRT project. As a result, partners were unfamiliar with the project and on several occasions assumed that the Tech RRT assessment adviser was a staff member of the host agency, Action Against Hunger. On deployment, it was not initially known if Tech RRT advisers would have the capacity to support additional requests such as those coming through the Global Nutrition Cluster (GNC) Helpdesk requests while in-country. In this case, during the second week of the first deployment, the GNC forwarded a request for support to multiple surveys being conducted in besieged areas of Syria. This additional request was initially supported but was then found to be too much on top of deployment activities, so Centre for Disease Control (CDC) was able to provide this additional support that Syria needed.

Logistical challenges were frequent in both deployments. A few days before the start of the training for the Leer survey, it was determined that staff could no longer stay at the previously agreed accommodation and limited vehicles were available. Both issues were resolved. Vehicles were also a concern at the Bentiu POC survey due to limited availability and those that were available were prone to breaking down during data collection.

Obtaining up-to-date population figures for the assessment was difficult due to recent population displacement. This was compounded by the fact that some areas were under the control of the Sudan People’s Liberation Movement-in-Opposition (SPLM-IO) while others were under government control. The survey managers met with the appropriate individuals to obtain demographic figures, but once in the field it was determined that the population figures provided were overestimated in many clusters.

There were also several unforeseen delays throughout the training and data collection phases of the assessments. These delays included staff strikes, adverse weather conditions, security problems and vehicle breakdown. In future, additional days must be included into the planning when conducting assessments in South Sudan. 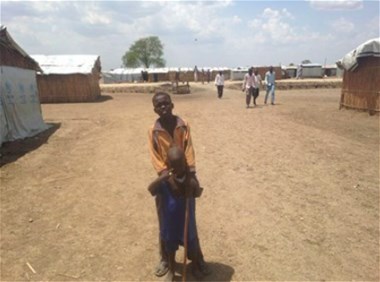 The objective of the deployment to Maputo was to build the capacity of response stakeholders in the design, implementation, analysis and reporting of nutrition assessments (including the Technical Secretariat for Food Security and Nutrition (SETSAN) assessment) and advise on the overall strengthening of routine data management in line with the needs and requirements of the emergency nutrition response. This was to be done in coordination with the Ministry of Health (MoH) and the Nutrition Cluster.

One of the original deliverables of the deployment was to lead all phases of an assessment in one of the provinces. However, this was changed in order to provide additional support for the SETSAN assessment.

There were some challenges during the deployment. Quality issues had been found with previous SETSAN assessments and it took a significant amount of time and various proposals before an agreed plan was reached with the Nutrition Cluster to improve the quality of data collected. This delay can partly be attributed to the Tech RRT adviser not being able to meet with the cluster as a group until a couple of weeks after arrival, despite significant effort by the Nutrition Cluster Coordinator to do so; the Nutrition Cluster had just recently met and was not practical to reconvene so quickly, further complicated by a changeover in the Nutrition Sector Coordinator. . Language barriers also presented a challenge at times as the Tech RRT adviser could not speak Portuguese and several background documents were not available in English.

The main objective of the deployment to Erbil was to provide technical support on assessments and build the capacity of stakeholders involved in the humanitarian response to the Mosul crisis. Support involved planning and leading a nutrition survey in internally displaced persons (IDP) camps, established as a result of the crisis. The requesting agency was UNICEF, in their role to support the emergency response, particularly as the Nutrition Cluster was not activated and coordination was instead located in a technical working group within the Health Cluster.

The rapidly changing population of all six IDP camps in the period leading up to data collection (most increasing in population; two decreasing) presented a key challenge during deployment. The selection of clusters was therefore necessarily delayed until only a few days before data collection to ensure a representative sample. This made it difficult to submit a plan for security and checkpoints that left sufficient time in advance of data collection. In addition, camps were located up to two hours travel away from Erbil and security protocol required that teams returned to the Erbil checkpoint by 4pm each day.

See also the article in this issue of Field Exchange that describes experiences from the perspectives of the IYCF-E and social behavior change communication (SBC) Tech RRT advisers during their deployment during the same period to Iraq.

The objective of the deployment was to strengthen the overall emergency nutrition response by building the capacity of response stakeholders in the design, implementation, analysis and reporting of nutrition assessments at national and sub-national level. This was accomplished by providing technical support and capacity building to the Assessment Working Group (AWG), a sub-group of the Nutrition Cluster.

There were a few challenges with this deployment. Due to the delay in receiving a visa (this took four months) and circumstances beyond the control of the Tech RRT, the deployment could only be for approximately one month. As a result, the terms-of-reference (TOR) deliverables had to be modified and a great deal of remote support was required post-deployment. It took a lot of time to gather the required information to determine what demographic data to use for cluster and household sampling for nutrition and mortality surveys in Yemen. It became evident early in this process that there would likely be slightly different sources for urban and rural settings. The information-gathering process included several meetings with AWG colleagues and the United Nations Office for the Coordination of Humanitarian Affairs (UNOCHA), as well as colleagues who attended the two-day Yemen Nutrition Survey Guideline workshop. All this information was consolidated and is now included in the Yemen National Guidelines for Conducting Integrated Anthropometric and Mortality Surveys. While this deployment increased capacity of the AWG and created momentum for appropriate processes around surveys, the Tech RRT assessment adviser will continue to provide remote support for several more months using a capacity strengthening approach to solidify their new skills and knowledge.

By Simon Kiarie Karanja View this article as a pdf Simon Karanja is a nutritionist with over ten years' experience in nutrition in emergencies, holding various positions in...

By Isabelle Modigell View this article as a pdf Lisez cet article en français ici Isabelle was a Tech RRT IYCF-E Adviser from 2016 to 2017, prior to which she was...

International Medical Corps is a global, humanitarian, non-profit organization dedicated to saving lives and relieving suffering through health care training and relief and...

International Medical Corps is a global humanitarian nonprofit organization dedicated to saving lives and relieving suffering through health care training and relief and...

Concern Worldwide is looking for a consultant to carry out a SQUEAC survey in Aweil West and North in South Sudan. Terms of Reference 1. Background The SQUEAC Survey is to...

FEX: Partnership and accountability in the South Sudan Nutrition Cluster (2015-2017)

By Isaack Biseko Manyama View this article as a pdf Lisez cet article en français ici Isaack Manyama is the Nutrition Cluster Coordinator for South Sudan. He has 24...